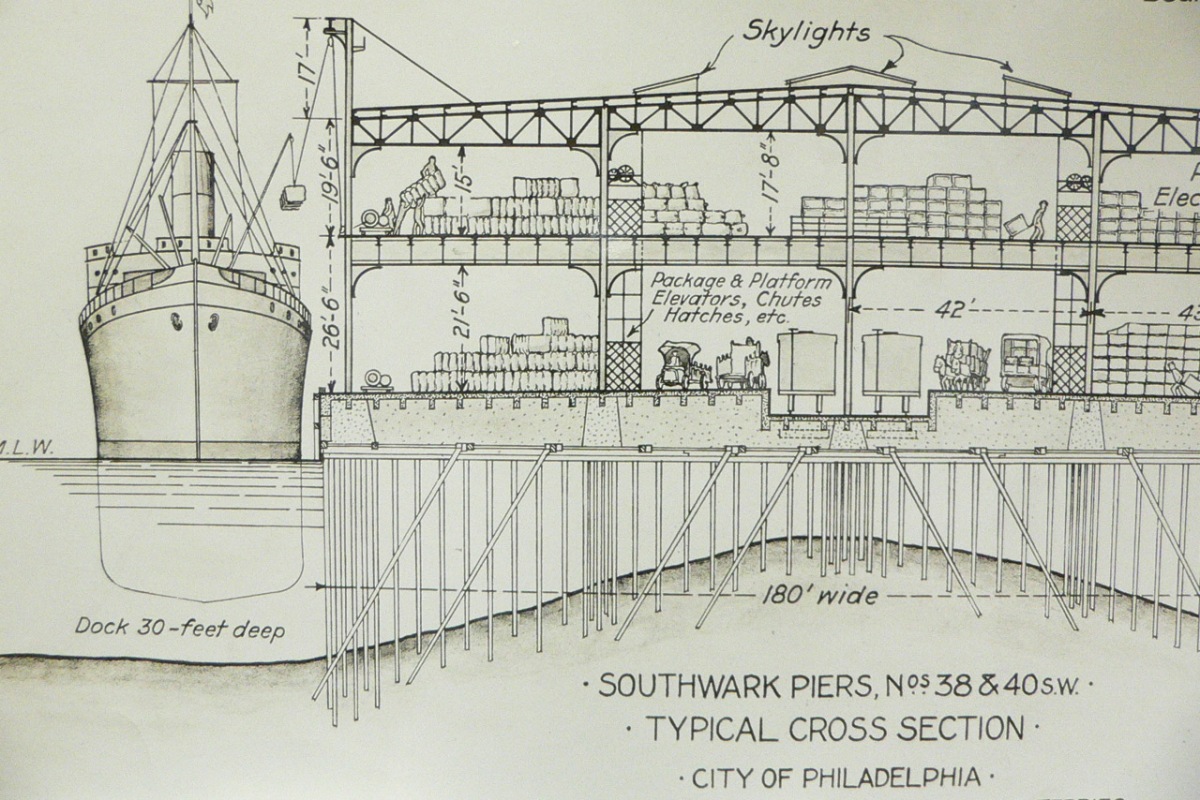 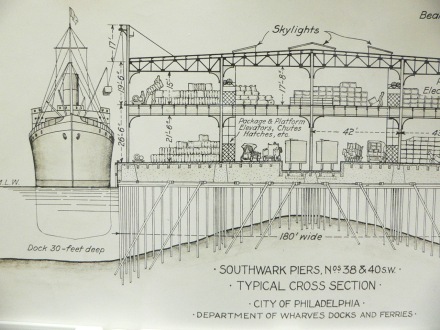 Last post we mentioned the efforts of Mayor Rudolph Blankenburg (1911-1916) to modernize the city’s infrastructure.  Part of his plan involved the hiring of talented department heads like A. Merritt Taylor and Morris Cooke.  Blankenburg also hired George W. Norris to head up the newly created Department of Wharves, Docks, and Ferries.  Norris embarked on an ambitious “finger pier” construction program — some of which exist today, like Municipal Pier No. 9. 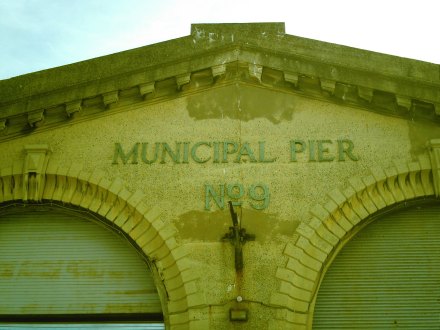 Central to Norris’ plan to make Philadelphia the “Port of Pennsylvania” was the construction of the Moyamensing and Southwark piers, the cross section of which is above.  The piers were designed to allow both rapid offloading of freight and provide considerable storage space on two floors.  A double track railroad spur running through the center of the piers connected to the industrial Belt Line railroad along Delaware Ave.  These piers, with their specialized zones for offloading, storage, and freight movement were perfect specimens of scientifically managed industrial space.  [See Betsy Hunter Bradley’s, The Works.]  Though Norris could not fully execute his massive construction program, Lloyd M. Abernathy points out that the number of municipal docks quadrupled by the end of Blankenburg’s administration.

One thought on “Docks, Wharves, Ferries and the “Port of Pennsylvania””